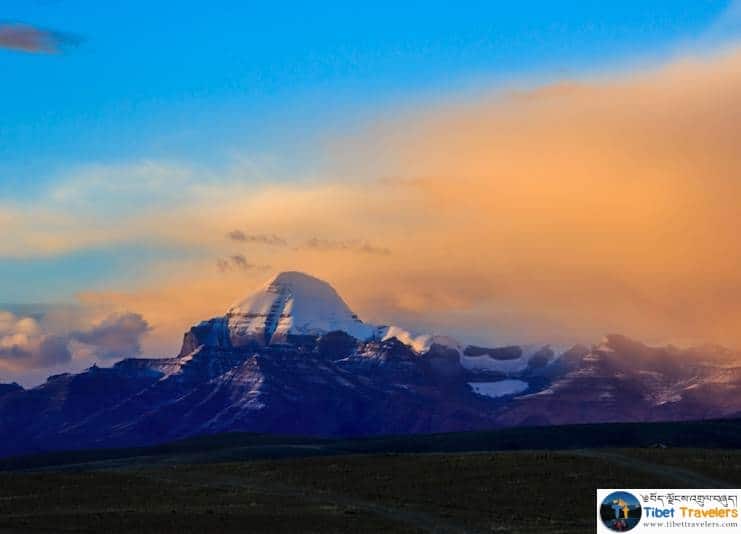 Darchen or Tarchen is one of the most important towns in the western Tibet Ngari Prefecture, located at an elevation of 4, 500 meters ( 14, 763 ft)

The town was named after the Saga Dawa festival's huge prayer flag pole at the Tarboche valley, which is located around 13 km from Darchen.

Darchen town is located around 1300 km from Lhasa, around 270 km from the Tada Guge Kingdom, around 320 km from the main city of western Tibet Ngari Gar, also known as Sigge Kapap in Tibetan language and Shiquanhe in Chinese, meaning river coming from Lion's mouth.

Darchen town is the starting point of the kora pilgrim to Mount Kailash. The total duration of the kora trek is 52 km

Every year during May and June, Travelers will travel to Darchen to witness the beauties of the Saga Dawa festival.

Darchen is one of the most popular towns in the western Tibet Ngari Prefecture.

One of the holiest mountain in our world. Mount Kailash is a pilgrim destination for Hindus, Buddhist, Bon, and Jain followers.

The 52 km spiritual kora trek is one of the best treks in Tibet.

Mount Kailash is the most desired destination in Tibet.

They are 4 ways to travel to Mount Kailash and Darchen town.

1. Travel from Lhasa via overland to Darchen town.

2. Travel from Lhasa via a flight to Ngari Gunsa Airport.

The stunning view of Mount Gurla Mandala can be seen on the way to Mount Kailash.

Bonri is the mountain which was formed with the spiritual deeds from Tibetan Yogi Je Milarepa during the 11th century when Je Milarepa and Bon master Naro Bonchung had met near the Mount Kailash.

Located 30 km from Darchen town. Manasarovar Lake is a holy Lake for Hindu, Buddhist, Bon followers. The Lake is surrounded by mountains and monasteries.

Lake Manasarovar is a great spot for a night after finishing the 52 km trek at Mount Kailash.

Also known as Black Lake, located around 10-20 km from Darchen.

The color of the Lake is quite dark. Legend says it was once a Lake of an evil spirit.

There is one Lake in Tibet Autonomous Region, located in the border between India is known as Pangong Tso Lake.

This Lake is popular for wild birds including Black neck Crane.

The four above important rivers are translated into English as

Above names are given according to the shape of the source of the rivers.

One of the best day trips from Darchen is Gyangdrak monastery.

Sera Long is another option for a day trip from Darchen town. The view of the Mount Kailash and the valley from Sera long monastery is special. Wild donkeys in the western Tibet

Dirapuk monastery is located on the kora trek to the Mount Kailash. It was once a retreat center of many great Yogis.

In the 52 km kora trek around the Mount Kailash, Travelers will stay the first night at the Dirapuk monastery.

On the second day of the kora around the Mount Kailash, Travelers will stay a night in the Zutrulpuk monastery.

Zutrulpuk monastery was once the retreat area of Je Milarepa. Nowadays we can still witness the blessing of the meditation cave with footprints.

It was once a retreat area of Je Padmasambhava in the 8th century.

In the summer, many of the hotels in Darchen town offers a hot shower with private bathroom.

During the winter because of the cold, it is not possible to have a hot shower.

During the kora trek around the Mount Kailash at Dirapuk and Zutrulpuk, there is no private bathroom and no shower.

This small restaurant was open by a friend of mine. His name is Sonam, he was once a Tour Guide in Lhasa.

He and his wife are good at cooking so they chose to open a nice restaurant at Darchen town for the locals and Travelers.

2. Few other Tibetan and Chinese restaurants

They are many other local Tibetan and few Chinese restaurants in the Darchen town.

It is quite difficult to have western foods like pizza and steak but it is possible to find different types of Tibetan local foods.

The small Tibetan hospital from the town provides basic medicine and healthcare to locals and Travelers.

The city and towns located near Darchen

Ngari Gar is the main city in the western Tibet. Located 320 km from Darchen town towards the west.

One of the border towns between Nepal Simikot and India is Purang. Located 160 km from Darchen town.

Tada is famous for Guge Kingdom ruins and Toling monastery. Tada is also known as Tsaparang in the local Tibetan language. It is the border town between Ladakh.

Around 50 km from Darchin, we will pass by Menshi town, which is the lunch break town between Tada, Gar city, Tadapuri hot spring, and Shangshung valley.

The one and only airport in western Tibet is Gunsa airport. Located about 55 km from the Ngari Gar city and around 270 km from the Darchen town.

Darchen is a very important town in Tibet. The reason behind is the beauties of western Tibet including highlight Mount Kailash, Lake Manasarovar, the Guge Kingdom ruins, the Shangshung Kingdom ruins, Garuda valley, Dungkar, Piyang wall paintings, and stunning landscapes.

Nowadays the road from Lhasa to Darchen is paved all the way. There is also free wifi in many hotels and restaurants in Darchen town.

Darchen is the town before the Mount Kailash, it is a blessed town with lots of great Yogis have left footprints.

Tibet Travelers recommend all the Travelers to travel western Tibet, home of the stunning nature and holy Mount Kailash and holy Lake Manasarovar.

Travelers can send us Email regarding traveling to Darchen town, foot of Mount Kailash. info@tibettravelers.com

One thought on “Darchen”