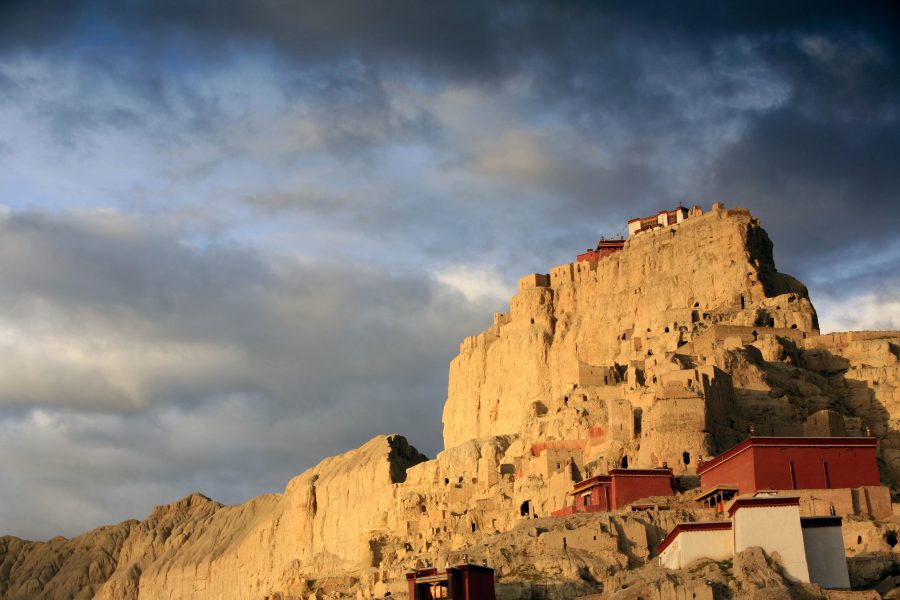 གུ་གེ་རྒྱལ་རབས་ in the Tibetan language. Guge means syllable. Guge is known as one of the last kingdoms.

King Tri Darma U Tum Tsen  ཁྲི་དར་མ་ཨུ་དུམ་བཙན་ Also known as Lang Darma is the brother of the great Dharma king Ralpachen. During his brief reign, he almost eradicates sutra Buddhism. He was assassinated by Palgyi Dorje in the year 906.

After the assassination of king Tri Darma U Tum Tsen, his son prince Kyi Dey Nyima Gyon ran away towards the western Tibet Ngari and ruled many places in Ngari including Purang, Shangshung, and Tsanda. Later in the year 960, his middle son Tashi Gyon ruled the western Tibet Ngari via making the Guge central for nearly 700 years until 1618. They were around twenty kings in those 700 years.

Inside the Guge Kingdom ruins, Travelers can visit the Red Palace and the White Palace. Many clay caves are the homes of locals during the reign of Guge Kings.

Guge is a border town between Ladakh in Kashmir. It is known as one of the highlight travel destinations in the western Tibet Ngari. There is around 290km from Guge kingdom to Ngari city Senge Kapap and around 270km to Darchen town near Mount Kailash and Lake Manasarovar.

Tsanda town is known as one of the lowest altitude towns of Ngari prefecture. The altitude is 3600 meters — nearly similar elevation with Lhasa.

There is no accommodation at Guge Kingdom ruins. Travelers will have to stay a night at Tsanda town where many 2 star hotels with few Tibetan and Chinese restaurants. Photo: The Toling monastery is another highlight sightseeing near the Guge Kingdom at Tsanda town.

Many Travelers will choose to travel to the Guge Kingdom before sunrise or before sunset as one of the highlights recommendations from previous Travelers.

The Guge Kingdom is known as one of the best places to see the beauties of wall paintings in western Tibet Ngari. 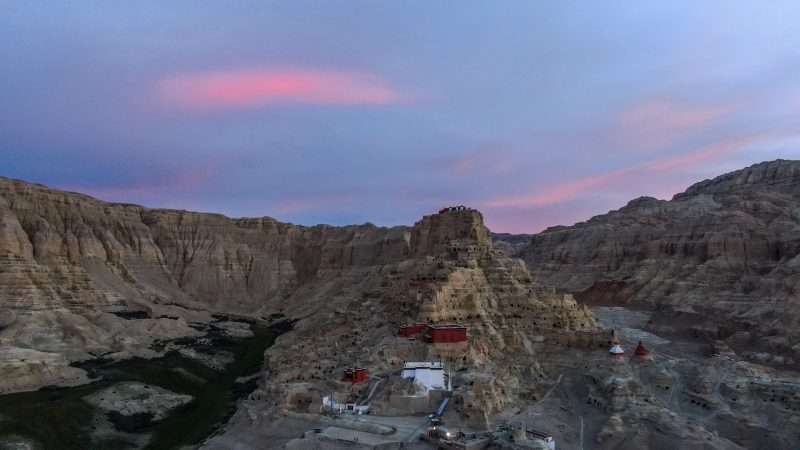 Photo: Yellow clay hill view of nature near the Guge

There were also rumors that once Christian church was flourished near Guge.

Western Tibet is the home of nature. Favorite travel destinations for many Travelers. Mount Kailash and Lake Manasarovar pilgrims.

The Guge Kingdom nature has similarities with Ladakh. There was a historical war between these two kingdoms before many centuries ago.

The clay hill caves are once the home of the locals at Guge. Travelers can still witness the caves with a torchlight.

Many Travelers will travel from Darchen town to Tsanda town via visiting the Guge Kingdom ruins and later travel to Ngari city and travel back to Lhasa via the northern route to see the beauties of vast western Tibet nature.