How to be a Vajrayana Yogi for beginners? 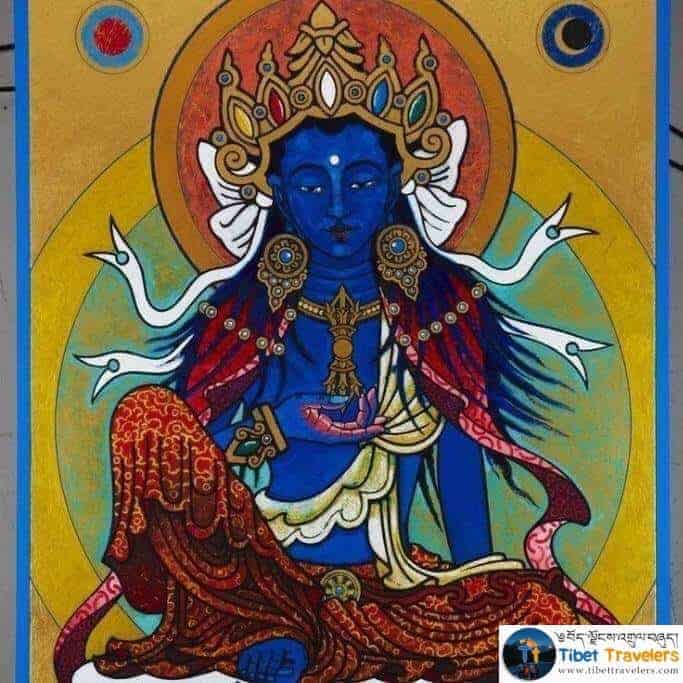 They are countless reasons I love Shakyamuni Buddha.

One of the special reasons, Buddha is flexible.

Buddha Shakyamuni might be the most flexible Guru in the world from the beginning of civilization until now and this flexibility shows Buddha's compassion and wisdom towards the Sentient Beings.

As there is a Proverb:

Before starting this article I would like to bow three times to Guru, Buddha, Dharma, and Sangha.

I am a beginner Buddhist who has some love for Buddhist Yogis.

They are my ancestors starting from Buddha Shakyamuni to the modern Buddhist Yogis.

The reason this article popped into my mind is to prevail this beautiful Buddhist Vajrayana Yogi culture in the world and the title of my article proves that it is for Beginners like me.

How to be a Buddhist Vajrayana Yogi for Beginners?

As one of the masters says: it is known as secret not because there is something to be hidden, it is known as a secret because not all people can digest or understand it properly without learning step by step.

They are few versions of Vajrayana history since they were many great Buddhist Scholars.

Below is one of the versions that I have read.

This beautiful Vajrayana Yogi culture started in India during the time of Buddha when a King asked Buddha to share his wisdom so the King can also walk the path of truth.

Buddha replied to the King that he needs to renounce his palace, position, queens and become a monk.

King said: I don't want to leave the palace nor do I want to leave my position and queens yet I want to practice Buddha Dharma and attain the truth. You are Buddha, I am sure you have a path for me.

Buddha then shared the wisdom of the Vajrayana path and later King becomes enlightened and King shared this beautiful wisdom with many other people and finally, it reaches Tibet and now already reached many regions in the world.

This beautiful path is one of the best blessings Buddha has given to the world since Buddha said that even though thousand of Buddhas are coming to our world but only four Buddhas will share the wisdom of the Vajrayana path so Vajrayana is very very precious.

As it was written in teachings:

Vajrayana's path has the same goal but is free from all confusion.

It is rich in methods and without difficulties.

It is for those with sharp faculties.

The mantra vehicle is especially sublime.

The questions still remain, how to be a Buddhist Vajrayana Yogi for Beginners?

For beginners like me, the first step is to read more Buddhist books and watch more Buddhist videos which focus on compassion and Bodhichitta (compassion means no selfish)  No Bodhicitta means no Buddhism.

As Buddha says Bodhicitta is the root of Buddha Dharma.

We should also be careful about which Buddhist books to read and which Buddhist videos to watch since in the 21st century, the time of money, people are ready to say a thousand things even if they know only one thing, I am one of the examples.

One best recommendation is to read books of Maha Gurus from many centuries ago whose wisdom is accepted by all the schools of Mahayana Buddhism.

We should not think that they are ancient wisdom. The source of sufferings of all the humans are related to the mind even during the Buddha's time and even nowadays so reading books from these above-shared masters will give us a blessing to wider our path to the truth.

2. Finding a Compassionate Guru having Lineage

This is one of the most important steps as all the previous masters say.

There is a proverb:

Finding a compassionate Guru is the biggest mission for Beginners like me since all the Buddhas became Buddha because of Guru and that is the reason in Mahayana Buddhism there is a saying:

Even though Buddha and Guru are similar in wisdom but the kindness of Guru is more precious since Guru is with us at the moment showing us the path to the truth.

It is very difficult for us to become the full-time disciple of modern Gurus, even if we become a disciple, because of our lack of devotion, it is difficult to get the blessings and also most of the modern popular Gurus are busy since they are so many disciples to teach and taken care.

Beginners like us, we can look for a not famous Guru who has a compassion.

Compassionate Guru will definitely put all his effort for us to walk the path of truth. After taking a Refuge, we should also take a few Vows from the five Layperson( Householder) Vows.

Taking a few Vows from the five Layperson Vows

First, we can take one or two Vows and try to take more Vows when our devotion towards the path improves.

After finding a compassionate Guru, our Guru will show us the path to the truth, we should walk with full of devotion and diligence.

We should put all our effort into finding a compassionate Guru who put all his efforts on both learning and practicing the Buddha Dharma and teaching the disciples with full of compassion and wisdom.

This is my brief article on how to be a Buddhist Vajrayana Yogi?

Even though the word Yogi in Tibetan Buddhism is very very high teachings, it is Naljor or Nagpa. Someone who has already gained some spiritual attainments but since Buddhism has one of the least population in the world so to attract more Buddhist like me who are not ready to become a monk or nun, I have written this article.

May Guru, Buddha, and Bodhisattvas forgive me for my lack of compassion and wisdom.