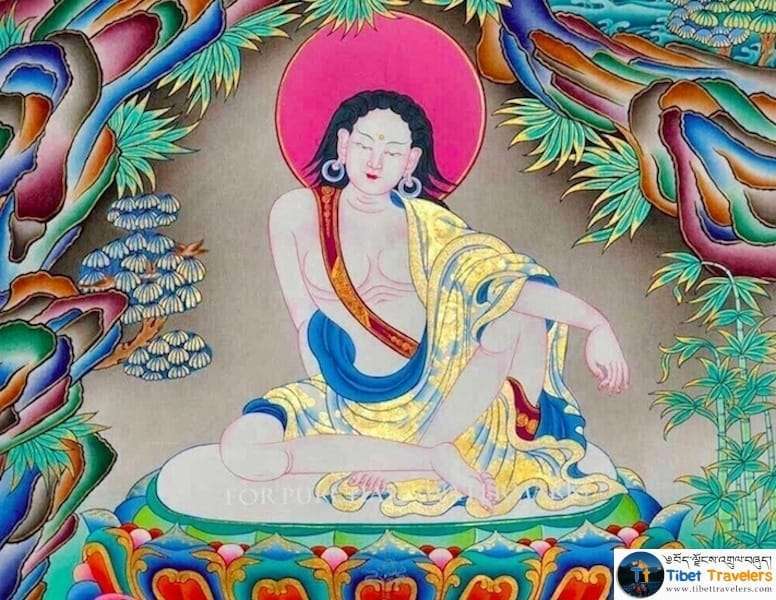 One of the number one biographies of Tibetan masters is the biography of Jetsun Milarepa.

Jetsun Milarepa is one of the Tibetan Yogi enlightened in one lifetime.

Jetsun Milarepa's life biography is an excellent example of enlightenment being available for every Sentient Beings.

Jetsun Milarepa was born in the year 1052 at the Gungtang Kya Nga Za near Phikutso lake.

Gungtang village is located around 100 km from Saga, approximately 150 km from Old Tingri, and about 100 km from Kyirong town.

His father was a great businessman named Mila Sherap Gyaltsen. When Mila Sherap was on a business trip, Jetsun Milarepa was born. When his mother delivers the message with messengers towards his father to pick a name for him. His father was so pleased after hearing the great news of his newly born son. He said it is a great joy to hear this news so let's call my son" A joy to hear " which is the real name of Jetsun Milarepa "To Pa Gah" (also meaning pleasant to hear)

After a few years passed by, his mother sold a small field and gathered all the villagers and people who were present during the agreement time including his Uncle and Aunty.

Mother urges the Uncle and Aunty about the agreement, instead of giving the wealth back, they start criticizing his mother and family that the wealth belonged to them from the beginning since Uncle has so many sons, so no one was ready to raise voice and help Jetsun Milarepa and his mother.

The words from Uncle created a deep sadness in his family. After a few years, his mother sent him towards U Tsang to learn black magic with some gold. Mother told him that if he returns without learning the black magic, she will suicide.

After learning the black magic, he came back to the Gungtang and used black magic that killed 33 people including the sons of Uncle during the marriage ceremony.

He went back to his black magic teacher and told him that even though I have defeated my enemies, why there is a sense of emptiness in my mind. His teacher urges him to seek enlightenment for himself and all beings since if he doesn't look for a teacher who can show him the path to enlightenment, hell is the only destination for him since he has killed so many people.

After hearing these from the Nyingma lama, Jetsun Milarepa slept for a few days since he thought enlightenment is more accessible than practicing black magic which took him around two weeks.

After seeing Jetsun Milarepa not done the things Lama told him, Nyingma lama said: you should go and look for Lama Je Marpa since Lama Je Marpa, and you have a karmic connection.

Just hearing the name of Lama Marpa, great joy arises in the mind of Jetsun Milarepa. Later met Lama Je Marpa in the Lhodrak town. Lama Marpa let him build a 9th-floor monastery known as Sey Kar Gutok (9th-floor prince palace ) all by himself. They were wounds on his back with blood bleeding. Lama Je Marpa's wife said: I have seen animals with scars on the back and bleeding but never seen human bleeding and cried. 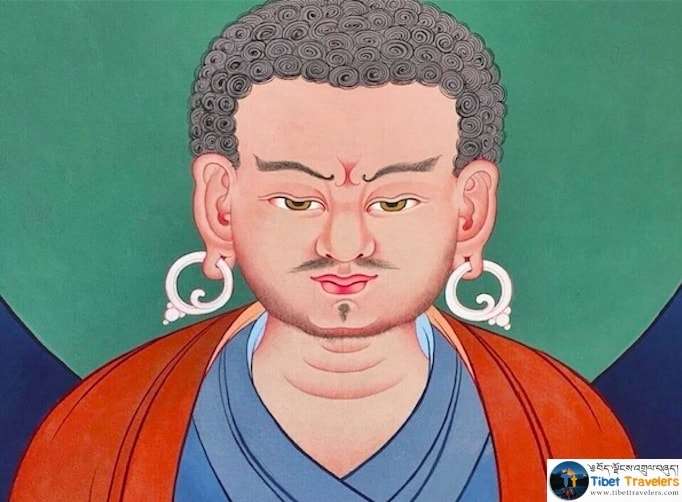 Lama Je Marpa let Jetsun Milarepa to built the 9th-floor monastery to purify his karmic debts. After staying with Lama Je Marpa for around 6-7 years. Later Jetsun Milarepa went to the village and meditated solitude for many years in the Kang Tsuk Phuk, Drak Kar Taso, Mamo Dzong, Lapchi, and many other retreat areas and enlightened.

When Je Marpa asked his four great disciples to look for a dream to predict the future of Marpa Kagyu. Jetsun Milarepa has the vision that one Vulture is flying high in the mountain giving birth to a Crane. The Crane was giving birth to many Cranes and flew all the different directions giving a glimpse of Kagyu today.

The Vulture is Jetsun Milarepa; he will be staying in the high mountains his whole life meditating and teaching Dharma to humans, gods, spirits, and animals.

The Crane is his sun-like disciple Je Gampopa, he has so many great disciples including Je Pakmo Drupa, Je Karmapa, Je Dharma Wangchuk, and Je Zundru Drak.

They took the Kagyu even further via having great disciples like Je Kyopa Jigten, Je Lingrepa, Je Tsangpa Gyare, Je Tsang Nyon, Je U Nyon, Je Drukpa Kunley, and many others.

Jetsun Milarepa's flesh body has lived around 84 years; his mind is a legend that remains even nowadays in the heart of many seekers.