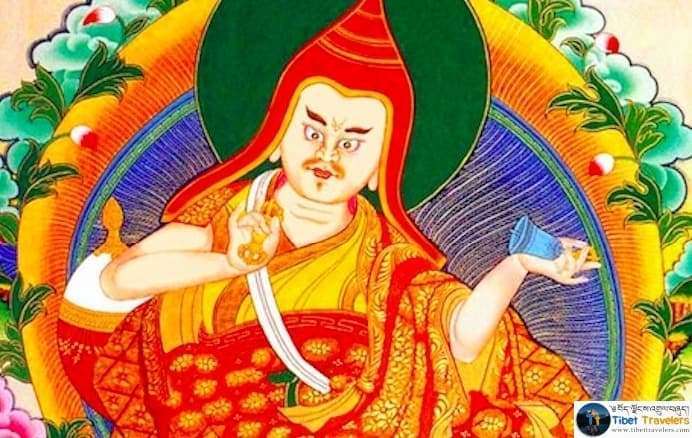 Jetsun Ra Lotsawa was born in the Nyalam town border between Nepal in the 11th century.

In his biography, when he was born, he was taken by Dakini's for a few months.

His father was a Ngakpa, a Yogi in Tantrayana Buddhism.

After learning Tantric Buddhism from his father, he later pursued further teachings from Nepal with a vision from a dream.

During Ra Lotsawa's time, they were many great masters in Tibet.

After visiting Nepal and learning the teachings from his master namely Baro. He later came to Tibet and had a serious argument with a master in Tibet. They challenged the spiritual power and Jetsun Ra Lotsawa lose.

The mantra of Buddha Yamantaka is: Om Yamantaka Hum Phat

It is best to chant this mantra after the initiation from the Guru via focusing on arising compassion and wisdom. 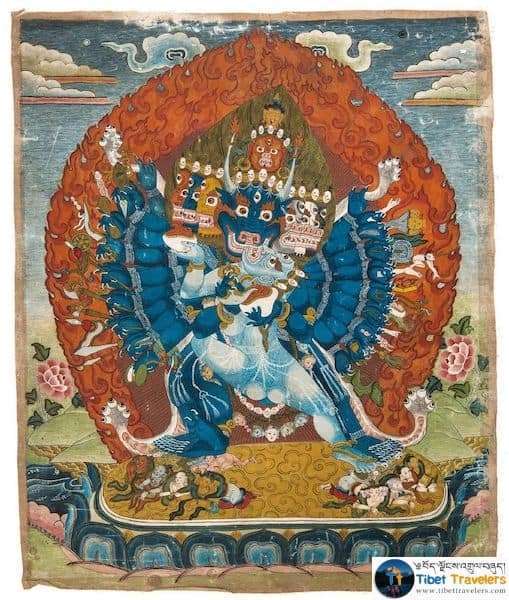 After reading a biography of Lama Je Ra Lotsawa, I have this feeling that he is more like a gentleman who always with humbleness visits masters with some gift. Some of the masters criticized him that his Yidam ( Spiritual protector) bullhead Buddha Yamantaka is a non-Buddhist.

During the time of Lama Je Ra Lotsawa, many masters were focusing on using the black magic, so thirteen masters including Lama Je Marpa's son Je Dama Dode have died.

The thirteen masters were all bodhisattvas, and such history never happened in Tibet even until now. The reason behind is hard to explain unless someone goes deep into Tibetan Buddhism.

The masters who passed away are taken to the land of Buddha Manjushri. That is the reason that Lama Je Ra Lotsawa is one of the most powerful masters in the history of Tibetan Buddhism.

Lama Je Ra Lotsawa is known as one of the most powerful psychic power masters in Tibet. In his biography, he lived more than 180 years.

The teachings of Lama Je Ra Lotsawa are well preserved in all four schools of Tibetan Buddhism.

Lama Je Ra Lotsawa took the sun to the ground and the name of the monastery and village has become sun on the ground. In Tibetan ( Nyima Tang )

Recently I have visited the Nyima Tang monastery with my mother and Travelers can read my day trip article.

The two most beautiful statues of Yamantaka are in Sera monastery and Drepung monastery Tantric college.

The statues were built by master Je Tsongkhapa and his disciple with pea-size mud via chanting more than 100 thousand times of Yamantaka Buddha Mantra on each size of pea mud. Some say the statue in Sera monastery has heat in the heart so it is full of blessings.

One thought on “Jetsun Ra Lotsawa”