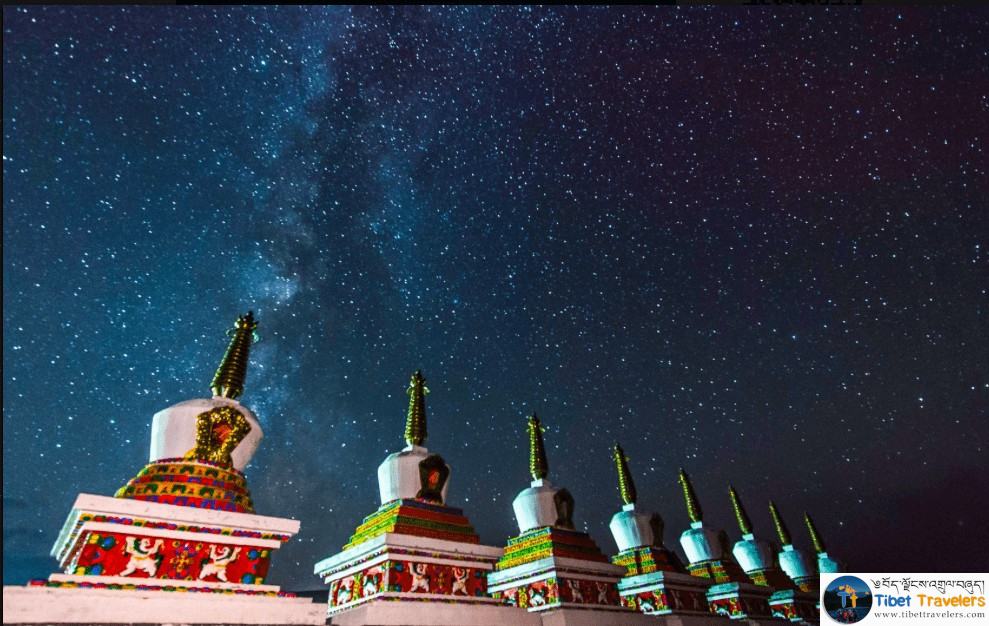 Lhundrup valley is also known as Phenpo, located around 40km from Lhasa towards the North East.

It is said that once King Srongtsen Gampo planned to build Potala Palace and the main city in the Lhundrub valley because of the vast land and beauties of Lhundrup valley.  Lhasa is beautiful but it cannot become wider because on both south and north, there are mountains but Lhundrup valley is different.

Many of the Kadampa masters are famous for their spiritual practice even during the great spiritual centuries in Tibet. Je Potowa was one of the masters practicing impermanent.  Some of these masters even didn't sleep in the night, they continuously practice Buddha Dharma just like the river. Once when Je ChenNgawa was practicing Buddha Dharma continuously, his Lama told him to rest and he replied to Lama that once when I think of impermanent death, and very rare in attaining the human life, I can't sleep. Few of the Kadampa masters even put their cup in opposite direction via practicing impermanent that they have no guarantee that they can wake the next morning again for sure as a practice of impermanent.

Once when one of Kadam Geshe ( Professor) asks one of the pilgrims about what his disciples are doing? The pilgrim guy replied that one of the disciples is chanting, another is prostrating, another is teaching Dharma, after hearing all these, the Geshe said it very good but when the Pilgrim guy share him about one of the disciples who is making food and feeding the Ants and crying via saying my mother, my mother. The Geshe was so moved with tears in his eye, take out his hat and said Kap Su Chey ( I pay homage to you )

One of the Kadampa masters composed eight verses which have included all the 84 thousand teachings of Buddha Shakyamuni. It is known as ( The eighth verse of mind training ) from Geshe Langri Tangpa.

Give the gain and victory to others,

Take the loss and defeats to one's self.

If any Buddhist can take the above two verses into action, only then you are a Buddha Dharma Practitioner.

Once there was a famous Bandit near Taktse town. Even hearing his name people are afraid. A nun was going to Taktse and she met a person, Nun told the person that you should be careful since the is the place where Bandit Ben stays. The Person was actually the Bandit Ben so he told the Nun that I am the Ben Bandit, after hearing this shocked the Nun and she fainted.  The Bandit Ben thought that I am such an evil person, even hearing my name people are fainting, I am definitely going to hell if I keep on doing this. I should stop so he went to a monastery and became a monk who later became one of the most renowned masters of Kadampa school whose practice is only focused on avoiding eight worldly Dharma.

They are so many stories about great Kadampa masters, they are examples for many other schools in Tibetan Buddhism during that time. The founder of Kadampa school was Je Atisha Dipamkara from India, his two great disciples are Je Dromtonpa Galway Jungney and Je Ngok Leypay Sherap.

I have started the journey of the day trip with my mother and sisters' children. We visited the Langri monastery, built by Je Langri Tangpa. Also known as Je Ngo Nakpa ( meaning blackface ) It is said that he laughed only 2 times in his whole life. When his disciples told him to laugh so he can have more sponsors, he said when I think about the sufferings of Sentient Beings, I cannot laugh. Om Ma Ni Pad Me Hum

Nowadays we can still witness the statue of Je Langri Tangpa, the butter lamp silver cup, and the wall where he fetches the water outside of the monastery, also a few important Stupas. 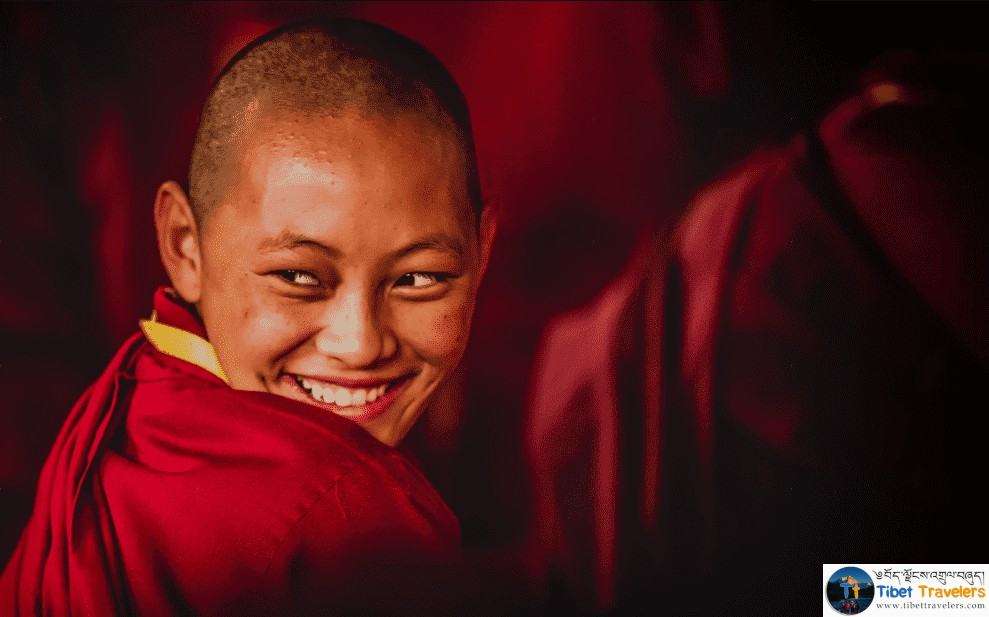 Later we went to one of the most beautiful monasteries in Lhundrup valley ( Nalanda ) It is a Sakyapa school.  The monastery is located in the middle of the mountain, it was in construction at that time. I am happy that the Nalanda monastery is going to be a huge Buddhist college after a few years. I am so fortunate that a few years back when Je Dzongsar Jamyang Khyentse Rinpoche came to Nalanda monastery, I have got a chance to visit Nalanda and it was like a big gift when Je Dzongsar Jamyang Khyentse looked at everyone on the second floor and I have this feeling that he blessed everyone including me.

The Gelukpa school is known as the new Kadampa school. Kadampa masters are one of my favorite even though I am so much connected to Je Milarepa. Je Milarepa's disciple Je Gampopa has learned Buddhism starting from a Kadampa master before meeting Je Milarepa for a few years so Tibetan Buddhism is all connected even though they are many different schools. The reason is the founder of Buddhism ( Je Shakyamuni Buddha )