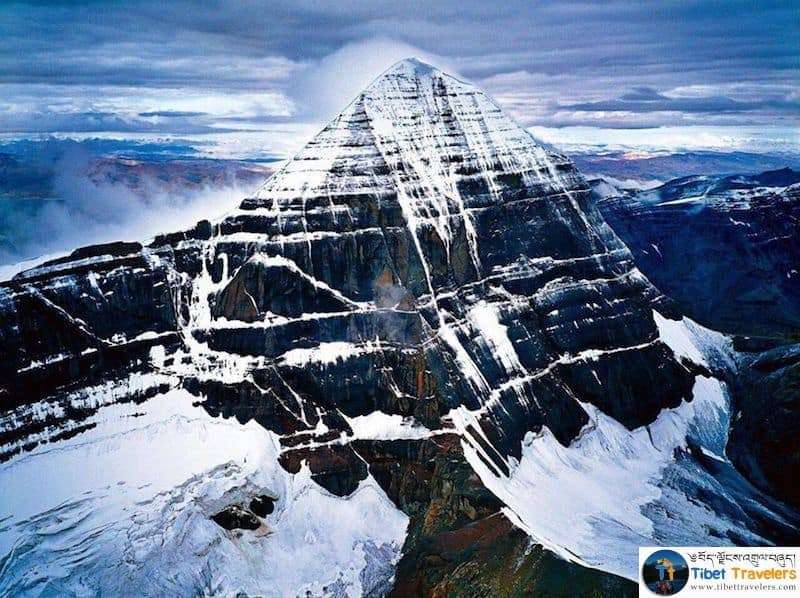 Mount Kailash is also known as one of the holiest mountains in our world.

For Hindus, Mount Kailash is the Palace of Lord Shiva.

For Buddhists, Mount Kailash is the Home of Korlo Demchok ( Buddha Cakrasamvara)

For Bon, the native religion of Tibet. Mount Kailash is known as one of the " Swastika Mountain." That is one of the reasons during the time of Tibetan Buddhist master Jetsun Milarepa went to meditate near Mount Kailash; he met Naro Bonchung master of Bon.

3 Days trek around Mount Kailash is one of the best treks in Tibet, the highest pass is Drolma La ( 5400M ) the trek is 52Km in total. Usually, Travelers will trek in 2 or 3 days. For local pilgrims, mostly prefer to trek in 1 day.

There is a day trip from Darchen to Gangdrak Monastery on the top of the cliff, from where we can see a clear view of Mount Kailash.

On the first day of the trek

We will pass by the sky burial — another beautiful monastery in the middle of a rocky mountain on the North, from where we can see a clear view of Mount Kailash. After the half-day hike, we will reach the first stop point, Dirapuk monastery. Dirapuk is one of the critical Tibetan Buddhist Kagyupa sect monasteries around Mount Kailash.

On the second day of the trek

Most Travelers prefer to trek very early this day, according to my previous many year's experiences, there are lots of snows at the highest point of the pass Drolma La ( 5400M ) It is best to arrive here before the snowmelt, so it is easier to hike.  Later we will trek down to Zutrulpuk monastery where we will stay for the second night. This is the place where one of the most significant Tibetan Buddhist Yogi Jetsun Milarepa has shown some spiritual power deeds. Zutrul means Spiritual deeds. Puk means Cave.

On the third day of the trek

This is one of the last days of the trek; today Travelers will trek back to Darchen town. Which is 14km in total and this trek will be done in around two hours.

After the trek, through my experience, my body felt very light, and I have this feeling that I have purified some of my bad karmic debts.

Tibet Travelers offers both private tours and join group tours to Mount Kailash every year from mid-April to mid-October. 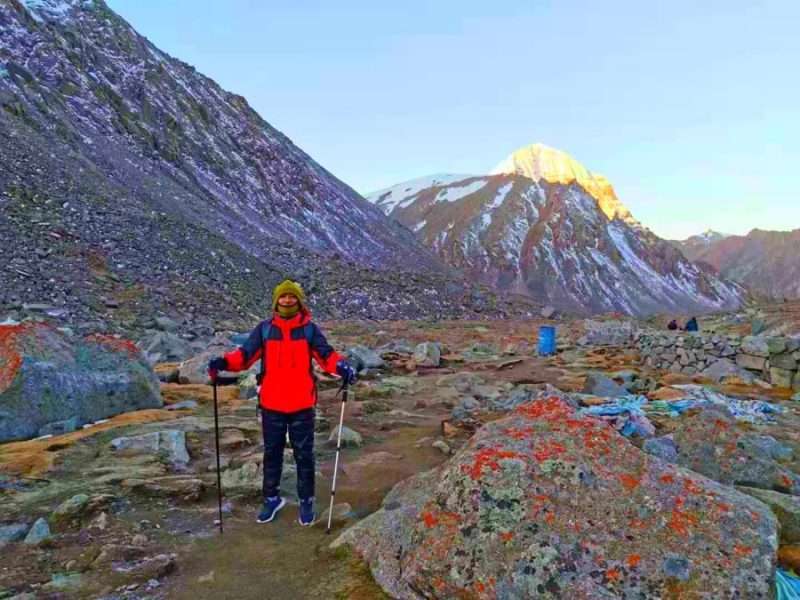 Tibet Travelers can also arrange a customized tour for Travelers.

When I was young, I used to climb the small hill near my second village Tashizom with my cousins.

Those were some of the best days of my life since my mind is fully focused on what I am doing.

Climbing the hills near my hometown gives me a chance to see the beautiful view of nature and full panorama view of my hometown.

Another reason is, it gives me a self-trust that I am healthy and also the fresh air that cleans my body and peace my mind.

One of the most critical mountains near my hometown is Mount Everest ( Chomolungma ) 8,848 meters ( 29,028 ft ) Which is the highest mountain in our world. There is around 51 km from my village Tashizom to the base camp of Mount Everest.

I started as a Tour Guide in Lhasa in the year 2005, when I went to Mount Kailash around five times with many different Travelers from all around the world.

At that time, they were only 2-3 guest houses and three restaurants. Nowadays, there is even a 3-star hotel in Darchen namely Himalaya hotel.

There is a paved road from Lhasa to Darchen town before Mount Kailash. Darchen town is located about 30 km from Lake Manasarovar.

From Darchen, we cannot see the view of Mount Kailash because of the hill near the Darchen town. More information regarding Darchen.

I wake up around 4 am and started my journey. I have seen many dogs near the Kailash region, so I recommend Travelers to beware of the dogs.  It was still dark, I have met some local Tibetan pilgrims on the way to Tarboche.

When I reach near the small hill before the Tarboche, known as Chaktsalgang ( Prostration area ) the view of Mount Kailash was terrific from the Chaktsalgang.

From the Chaktsalgang, there is a path to the sky burial, where it is said that during the Buddha's time, Buddha Shakyamuni and 500 Disciples had been here for a blessing.

After the Chaktsalgang, it was all walking down until the Tarboche, where the wide-open area is located,  Saga Dawa festival happens here every year during the Tibetan Lunar calendar on April 15th, the anniversary of Buddha Shakyamuni's Enlightenment and Mahaparinirvana.

Saga Dawa festival is one of the most important Buddhist festivals. It is similar to the Christmas of Buddhists. The Day to celebrate via doing more positive deeds.

After walking from Tarboche, passing by some up and down trails towards the East. From where I have seen some of the spiritual deeds areas of Jetsun Milarepa.

Around 18km I have reached the first night of the trek, Dirapuk monastery. During the late 11th to the 17th century, many Tibetan Yogis from different sects have traveled here for a retreat. One of the famous Guru is Jetsun Gotsangpa, who meditated near Mount Kailash for many years with hardship practices. Some say Jetsun Gotsangpa is the one who has shared the trail of kora through Dromala Pass.

From my personal experience, it was Jetsun Milarepa who had shared the kora trail since Jetsun Milarepa had been near Mount Kailash since the 11th century, Jetsun Gotsangpa was around the 16th century.

I arrive near the Dirapuk in the afternoon, and since it was a day trek, so I didn't spend much time at Dirapuk.

I was a bit worried about the melting of snow at Dromla la Pass 5,400 meters ( 17,716 ft ), so I rushed my trek from the Digpa la pass towards the Dromala pass.

I was right about my guess, the trail was watery since the ice have melted, my shoes were all wet, but I was quite happy that I did it quite early, so I walked happily down and rested around 1 hour in the middle of the Drolma La pass to enjoy my food for the trek ( The Red Bull )

It was a hard trek to do in a day since I have never done 52km in a day in my life.

Usually Red Bull awakes me, but this time, I fall asleep for around 1 and a half hours because I was exhausted. 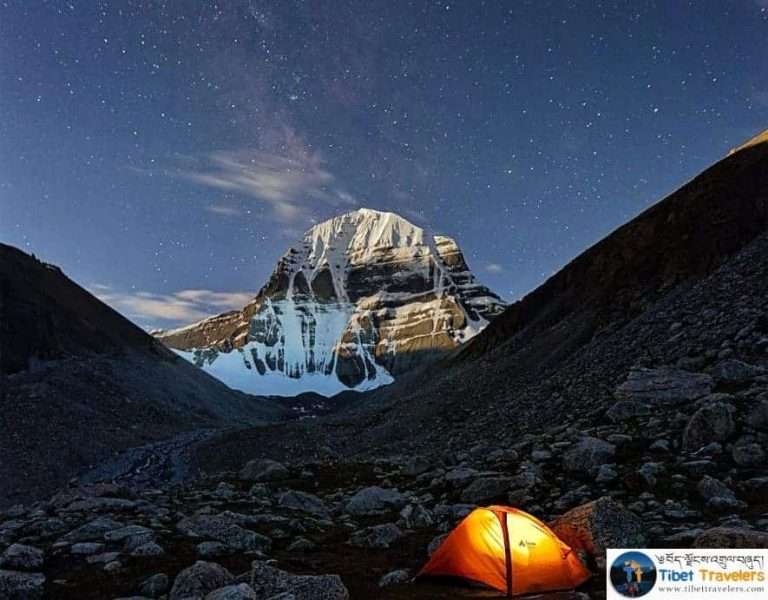 I have started my journey again, sometimes running a bit and sometimes strolling towards the southwest to Zutrulpuk monastery. The second night camp for the trekkers and pilgrims.

Zutrulpuk is essential for the spiritual deeds of Jetsun Milarepa and Jetsun Naro Bonchung. The small meditation cave where Jetsun Milarepa meditated is full of blessings.

I spent a few minutes in Zutrulpuk and started the trek towards Darchen town, which is around 14km more.

The trek from Zutrulpuk monastery to Darchen town is quite easy since no pass to climb, it is almost all on a flat path.

On the way I have again seen some nomad dogs, I asked for help from a shepherd to let the dogs go away, so I highly recommend Travelers to trek with the group.

I arrived at Darchen around the dark, and I feel very blessed for my beautiful 16 hours record journey to the kora of Mount Kailash.

The next day, my whole body feels very light, I feel like I have purified some karmic debts.

I chat with the locals near Mount Kailash about my trek, and I was amazed to find a local Tibetan, who did the trek of 52km in 11 hours, which made my mind much calmer.

May the merit of my kora around Mount Kailash brings world peace and happiness to all beings.

Mount Kailash is the holiest mountain in our world. Looking at the shape and the area, it is quite sure that Mount Kailash might be the center of our planet thousands of years ago.

Mount Kailash is an important destination where spiritual Travelers can travel for the blessing and materialism Travelers can visit for the adventure trek.

One thought on “Mount Kailash”