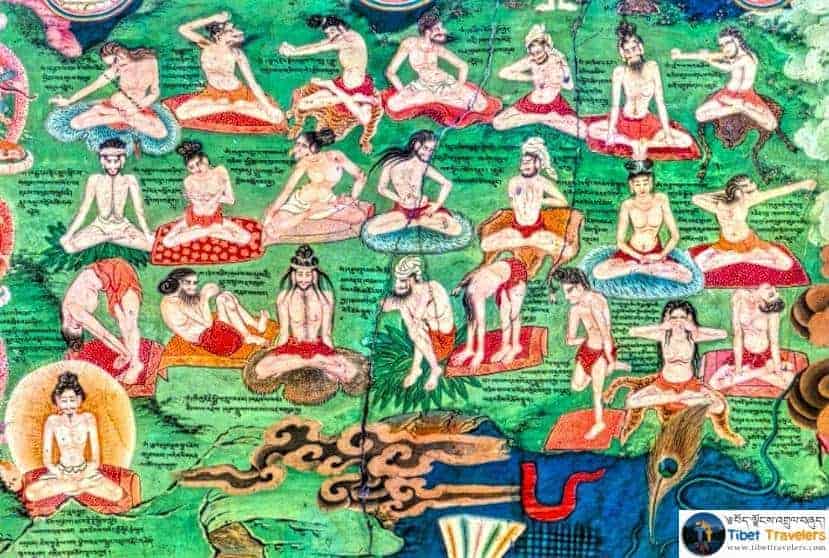 The beauty of Mahayana Buddhism is the stories of great Yogis, which has started in India and remained in Tibet.

Today would like to share some short information about Tibetan Yogis. A few years back, I start loving the Yogis of Tibet, they are my ancestors and they are my admiration.

I was reading a biography of Tibetan Yogis starting from Jetsun Milarepa, I would love to call them Maha Siddha, which is known as Druptub Chenpo in the Tibetan Language.

Sakyapa is a very beautiful Tibetan Buddhism sect, they are so many great masters from Sakyapa sects including the first Pandit of Tibet Sakya Pandita. Today I would like to share a little information about the teacher of Sakya Pandita, Jetsun Drakpa Gyeltsen, one of my favorite Yogis. Born like a prince having a Palace but left the wealth enjoyment and stayed in retreat for many years and after singing songs like; Buddha came first or the Dharma? The cause came first or the effect?

Another great Indian master whom Tibetans owe a lot is the Maha Guru Atisha, also known as Jowo Je. Maha Guru Atisha has left the Palace and ordained, became one of the best masters of his time in India. When Buddha Tara ( Jetsun Dolma) told that his life will be shorter if he goes Tibet instead of staying in India, he said if I benefit more sentient beings, I am ready to go to Tibet and came to Tibet and benefit many Tibetans, many Tibetans considered him to be one of the Tibetan Yogis.

One of the most famous Tibetan Yogis is Je Tsongkhapa, after traveling all the way from Eastern Tibet to Central Tibet to learn Buddhism with more than 100 teachers and perfected all the teachings. Je Tsongkhapa is known as one of the emanations of Manjushri ( Wisdom Buddha ) because of his great wisdom.

Above is brief information on Tibetan Yogis from a different schools, Nyingma, Kagyu, Sakya, Kadam, Geluk. We still have a few other beautiful Tibetan sects which are vanishing slowly.

They are so many great Tibetan Yogis which will take my whole life to write down their precious names and brief info but today for the benefit of sentient beings, with my limited knowledge I choose to write for each sect in short.

Below are a few names of great Maha Siddhas in Tibet whom I know with my limited knowledge,

and so many others whom I have no merit to know.

We are planning a Spiritual Journey to many of the footsteps of Great Maha Siddhas in June 2018. The itinerary will include many of the important monasteries and meditation caves of all 4 major Tibetan Buddhist schools.

View of Mount Cho O Yo

One thought on “Tibetan Yogis”