Tsetang is the 4th largest city in the Tibet Autonomous Region. Tsetang is located around 190km from Lhasa towards East South. Tsetang Region is one of the most important regions in Tibet since Tsetang is the source of many of the first things that happened in Tibet.

Below Tibet Travelers will share a few of the important sightseeing located in the Tsetang Yarlung region.

Yumbulakang Palace situated around 15km from Tsetang city. It was built around 400BC by the first Yarlung King Nyatri Tsenpo, it is one of the first Palace built in Tibet.  Yumbulakang beautifies Tibet. 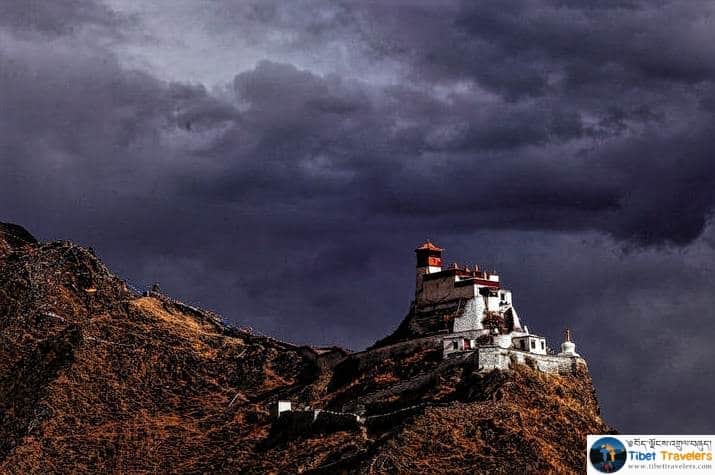 Samye monastery is located around 50km from Tsetang and around 150km from Lhasa. Built during the 8th Century by King Trisong Detsen and Maha Guru Rinpoche from India. It is one of the main monasteries of Tibetan Buddhism Nyingmapa sect school. One of the best Treks in Tibet is from Ganden Monastery to Samye Monastery, which can be done in 4 days.

Located in the Tsetang town, Tradruk was built during the 7th Century by 33rd King Srongtsen Gampo and Princess Wencheng in a week. It was built much before Jhokang Temple making it the first temple in Tibet.

This cozy meditation caves of the first Tibetan Yogis in the late 8th century are located around 20km from Samye town towards East mountain. Even nowadays they are many meditators meditating in the holy place.

Located around 120km from Tsetang, Lhamo Lhatso lake is my favorite lake in Tibet. It is the lake where we can see a preview of our future. Many people have seen some of their future deeds in this holy lake.

Drak Yangzong and Dzong Kumbum are the meditation caves of Maha Guru Rinpoche and Tibetan Yogis from the 8th Century till now. Located around 30-40km from Samye and around 110km from Lhasa.

Located in Nedong town, around 50km from Tsetang. Since the beginning of Tibetan Yarlung Kings Nyatri Tsenpo, they were many kings who have ruled the Yarlung valley peacefully, and nowadays we can still visit the great tombs of some of these great Kings.

The first field in Tibet is located near Yumbulakang Palace.

Tsetang is a very important religious region in Tibet. Still, they are so many important monasteries located in the Tsetang region, which Tibet Travelers will do best to share in future articles.

For Tibet Travel free information or booking a tour to Tsetang or any regions in Tibet, Email us at info@tibettravelers.com