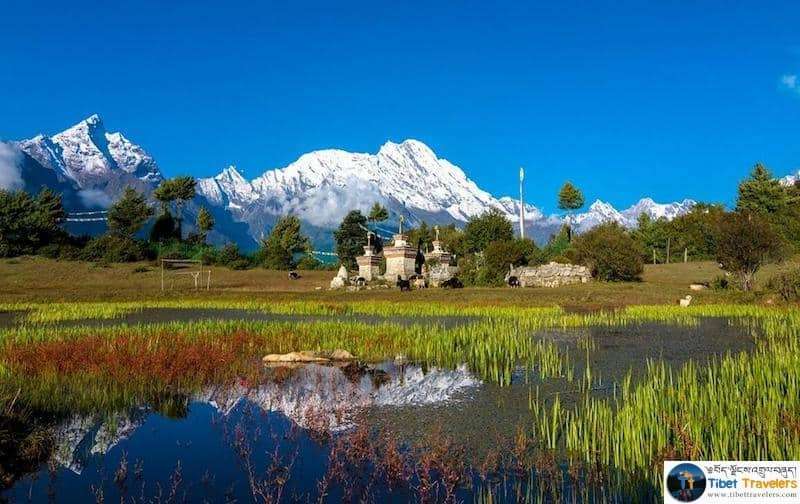 Kyirong, also known as Gyirong or Kyidrong. Meaning Happy town or town of forest valley, which is the new border town between Tibet and Nepal.

Before the Earthquake in Nepal, Zhangmu was the border between Nepal and after the Earthquake affects at Zhangmu border, Kyirong border is officially open for both local and Travelers around the world.

Even nowadays we can still witness the culture of few brothers marrying one wife in Kyirong town and Tingri town. According to reports, such families are all harmonious and have no quarrel or divorce. In such a family, women perform housework, and the arrangement of labor among brothers is assigned by the elder brother.  The children call the elder brother as father and all others as uncles. Nowadays such culture is fading slowly.

They are also few Tibetan Nepal mix families in Kyirong because of the close connections near the border.

They are 2 ways to travel to Kyirong

1. Travel overland from Nepal to Kyirong through Rasuwa

Few of the sightseeing located near Kyirong

Photos of Kyirong from a Chinese Travelers

They are 2 towns in Kyirong namely Kyirong valley and Dzhongka town.

From Phikutso Lake, there is around 90km to Dzongkha. From the meditation cave of Jetsun Milarepa Dagkar Taso cave to Dzhongkha is around 50km. From Dzongkha to Kyirong valley, there is 72km and from Kyirong valley to the border town of Rasuwa, there are 24 km. 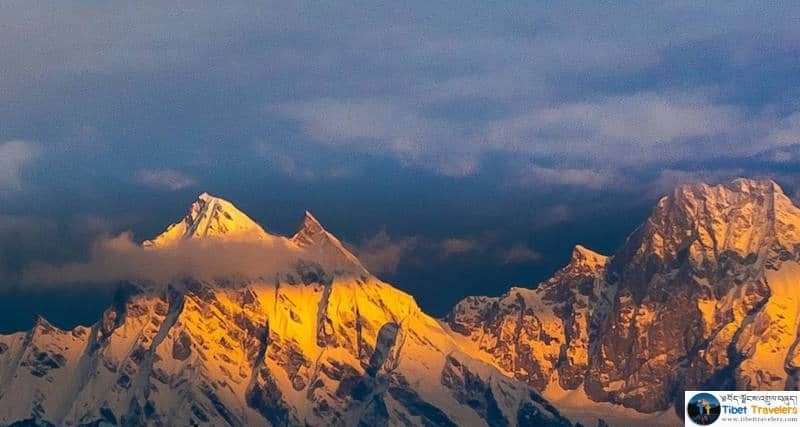 Photo: Kyirong is surrounded by snow mountains and green nature

The town of Kyirong is surrounded by mountains, the snow-capped mountains are very serene and peaceful in the morning.

Kyirong is a very important and blessed town since the 7th century. The Nepalese princess Brikuti met King Srongtsan Gonpo at the Kyirong. A beautiful temple was built during that time namely Compassion Buddha Temple, Phakpa Lhakhang, which is located in the Kyirong valley town. They are 3 Jowo Buddha Punsum ( Cousins ) One is in western Tibet at Purang, another is in Kyirong at Phakpa Lhakang Temple and the last one is known as the Buddha in the Jokhang Temple in Lhasa.

The great Indian master Maha Guru Padmasambhava had traveled to Tibet through Kyirong, after seeing the beautiful landscape, he praises the place by giving the name Kyirong, meaning Happy valley.

Maha Guru Padmasambhava's final departure from Tibet also happened at the Kungtang pass, which is near the Kyirong.

The great Tibetan master Maha Guru Marpa Lotsawa had traveled a few times to Nepal and India through Kyirong during the 10th - 11th century.

Kyirong valley town is a great place to stay a night, Travelers can enjoy the stunning mountains and green nature. They are around 5 hotels where Travelers are allowed to stay for the night.

Our recent recommendation is the Phuntsok Rabsel Guesthouse since it's newer than the Kyirong hotel.

Both of the hotels offer a clean double bedroom with a hot shower.

The price of the hotel is around 250-350 RMB per room per night depends on the season. 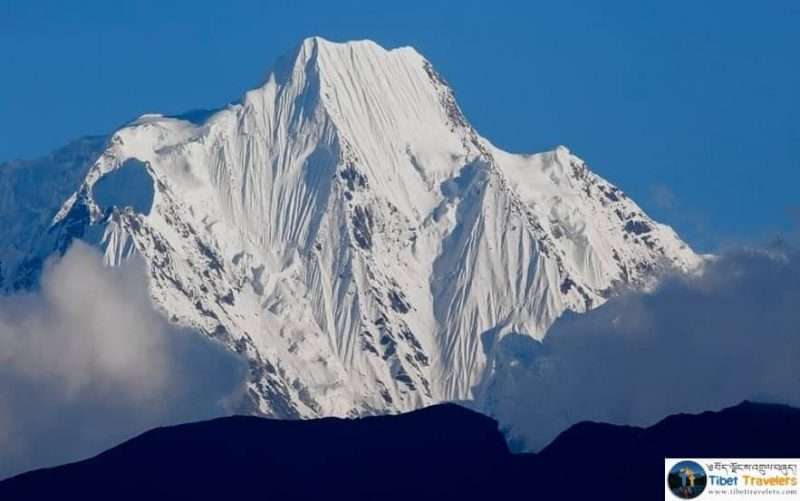 Photo: Beauties of the snow-capped mountains in Kyirong

From Rasuwa, there is around 14km to Syabrubesh and around 140 km to Kathmandu.

They are 3 ways to travel to Kathmandu from Rasuwa.

Tibet Travelers arranges private vehicle transport with the cost of 210 US dollars for the group. Travelers can also choose to travel via public bus which cost around 30-50 US Dollar per person.

Tours to Kyirong from Tibet Travelers

A. 8 Days Tour from Lhasa to Nepal border via Kyirong town

B. 8 Days Tour from Nepal border to Lhasa via Kyirong town

C. 14 Days Tour from Lhasa to Kailash and to Kyirong town between Nepal Border

Kyirong is one of the most beautiful regions in the southern Tibet Shigatse Prefecture. It was officially open for Travelers two years ago in 2015 August.

The snow-capped mountain from the window of the hotel and the green nature with blessings of great masters footprints has made Kyirong an important destination to travel for all the Travelers.

For more information regarding traveling to Kyirong. Travelers can Email us at [email protected]