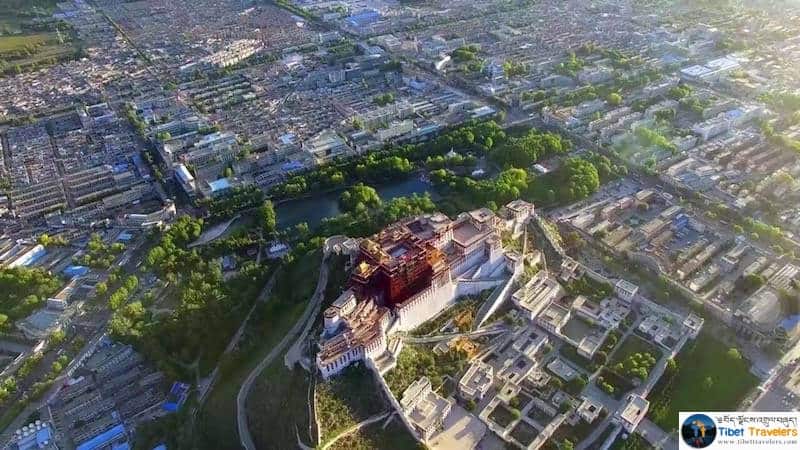 Below we will share a few more important pieces of information about Lhasa.

Jokhang Temple was built during the 7th Century by King Songtsen Gampo, Princess Wencheng, and Princess Brikuti. 2600 Years old Golden statue of Buddha Shakyamuni, which has got a blessing from Buddha himself is the main shrine inside the Jokhang Temple, making it one of the most precious shrines of Buddha in the whole world. Jhokang is located in the Tibetan quarter near Bhakor. Norbulingka Palace is the Summer Palace of Dalai Lama, built during the 18th Century. Located near the Museum. There are around 4 different Palaces inside the whole compound. It is also peaceful and quiet with a beautiful forest garden.

Located on the north side of Lhasa. Sera monastery is one of the most important Gelukpa monasteries inside Lhasa. The main shrine of the monastery is Horsehead Buddha (Tamdrin) which is the emanation of Compassion Buddha ( Chenrezig)

Pabonka was Palace before, it was built before the Potala Palace and Jokhang Temple. Nowadays we can still visit a small monastery and meditation cave of King Songtsen Gampo in Pabonka. The day hike from Pabonka monastery Dode valley is a great choice for hike lovers.

Ani Tsenkong nunnery is located near the Jokhang Temple. It was once a meditation area for many great ancestors. Nowadays we can still visit the small nunnery and the meditation cave.

Located in the Times Square. Owned by a Tibetan from the Tingri region. It is one of the popular cafes in Tibet.

Summit is owned by a foreigner. It is one of the best western cafes in Tibet. Located inside the Shambhala Hotel, near the square of Jokhang Temple.

Owned by Tibetans, good price, and has great food, making it one of the best restaurants in Lhasa, located opposite the Shambhala Hotel and Summit cafe. 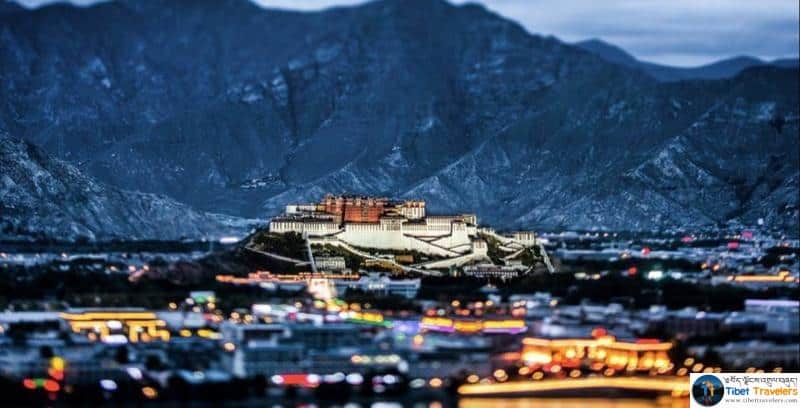 This 4-star hotel is owned by Tibetans, it has a big corridor and rooms are clean with western toilets. Located near the Ramoche Temple.

Kyichu was named after the Lhasa river, it's a 3-star hotel located opposite Times Square. Kyichu has a beautiful garden with good food.

One of the 5-star hotels in Lhasa, located near the Museum and Norbulingka Palace. It's a bit expensive but one of the best in Lhasa.

Another 5-star hotel in Lhasa, located near Tibet University. It is big and a good choice for high-quality hotel lovers.

Located near Bhakor street, both are owned by the same manager, it is one of the cozy hotels in Lhasa.

One of the oldest Tibetan-owned hotels in Lhasa. 3-star hotel located near Tsemonling street. The view of Potala Palace from the roof is beautiful. Rooms are clean with good location.

Gamchung Tea house ( Box Teahouse) and Zedro Tea house, both located near the Shambhala Hotel at Dangayling road. These 2 Tea houses are the oldest tea houses in Tibet and one of the best places to meet local Tibetans from a different region in Tibet.

These are the few short information on a few of the highlights inside Lhasa. For Tibet travel free information or booking a tour to Tibet, Email Tibet Travelers at info@tibettravelers.com